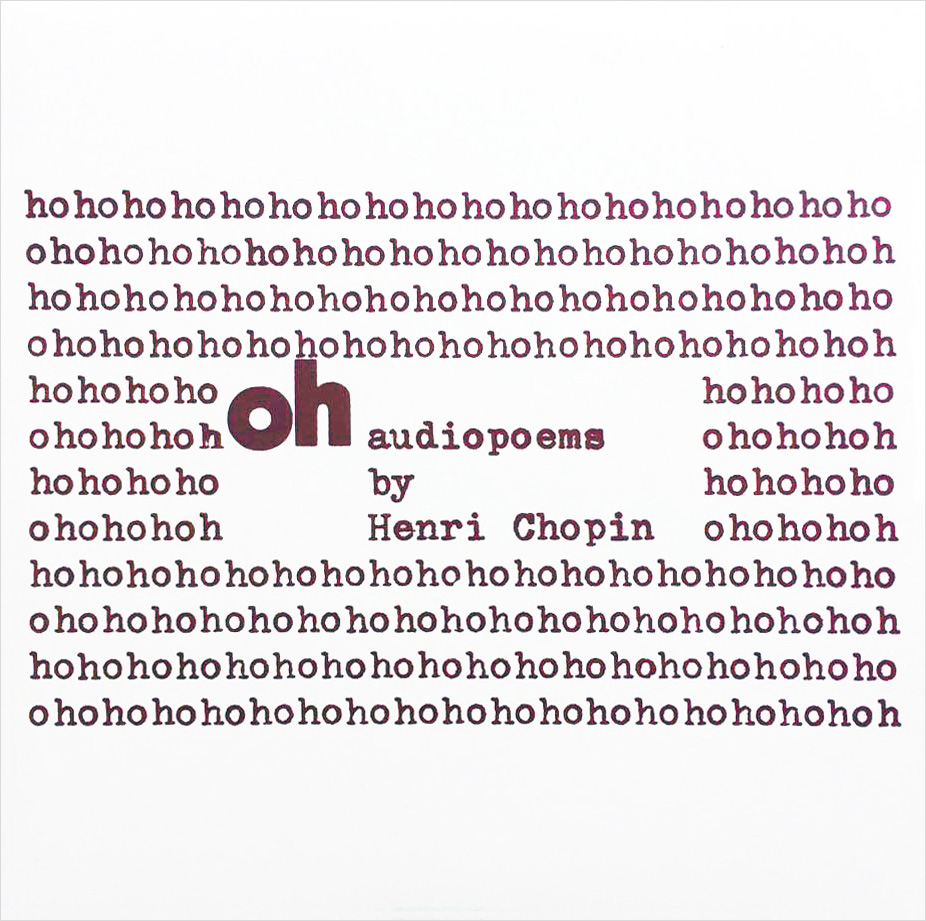 Slowscan vol. 35 is a re-issue on vinyl of the cassette ‘OH Audiopoems’, which was released on Erik Vonna-Michell’s Balsam Flex label in 1978. The black vinyl double LP contains a powerful selection of pieces by one of the key figures of the European post-war avant-garde. Artist, publisher, filmmaker and poet Henri Chopin (1922-2008) bought his first tape recorder in 1955, after which he started experimenting and pushing his poetic output into the realm of sound poetry. Chopin counts as a pioneer in that field, coupling attitudes and approaches of the early 20th-century avant-garde with new technological possibilities and bringing together in his publications international iconoclasts such as original dadaists Raoul Hausmann and Marcel Janco and post-war lettrists, Fluxus artists and Beat poets such as Gil Wolman, François Dufrêne, Ian Hamilton Finlay, William Burroughs and Brion Gysin. Chopin’s pieces are the result of an uncompromising approach of poetry, in which speech itself is taken apart and put together again in raw and anti-aesthetic compositions.

This Slowscan release is a repress in 300 copies of the popular Slowscan vol. 35, which was released in 2016 and sold out very quickly. The black vinyl double LP comes in a different colour sleeve and with different labels from the first edition’s. Chopin’s explanatory liner notes and a previously unpublished photo of Chopin by Dutch poet Harry Hoogstraten grace the back of the sleeve which was designed by Johnny Van de Koolwijk. Released with the kind permission of the Brigitte Morton/Henri Chopin Estate.