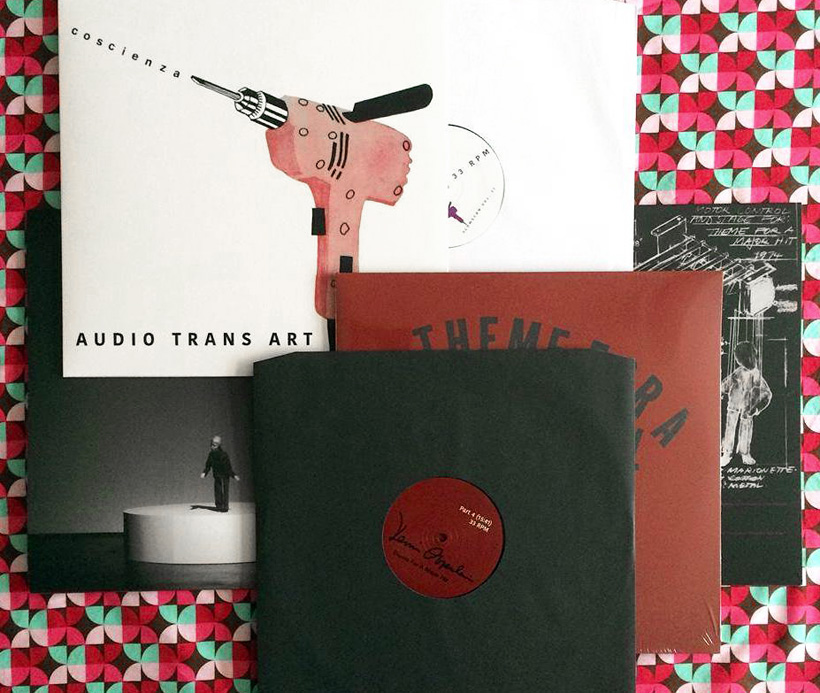 Theme For A Major Hit is the title of a piece that Dennis Oppenheim produced in 1974. It consists of a motor driven marionette on a circular stage, a spotlight and a 2-hour soundtrack. The soundtrack to this installation, a psychedelic freestyle jam by Oppenheim and friends, was recorded at Angel Sound, New York in 1974. From the recordings of this high-spirited and joyous session with the line “It aint what you make, its what makes you do it” for a recurrent theme, a handful of LPs were privately pressed in 1975. One of those signed 12″s is in Jan van Toorn’s unparalleled collection of artists’ records. With the kind permission of the Dennis Oppenheim Estate this LP has now been re-released on vinyl on Van Toorn’s own Slowscan label.