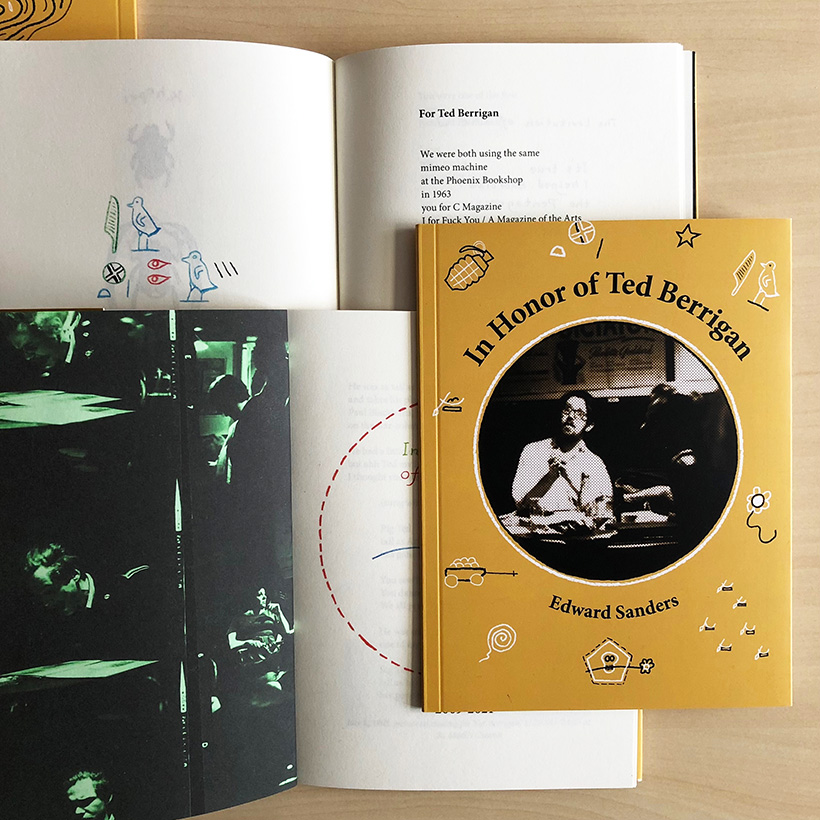 The opening lines of Ed Sanders’s poem For Ted Berrigan recall the origin of the friendship between the two poets on the Lower East Side, where Sanders had moved from Kansas City and Berrigan from Tulsa via Chicago in the early 1960s. The poem is one of two that have been printed in the joint Moloko & Sea Urchin edition In Honor of Ted Berrigan by Ed Sanders, which also contains glyphs and contact prints from Ed’s archive with photos taken on 29 January 1964 at Café Le Metro, New York. Originally created as a PDF for Ron Padgett in 2009, Sanders’s Berrigan tribute has now been redesigned by Anneke Auer into an intimate and loving tribute in print to a poet who, according to the author, was “as tall as Apollinaire, tall as his times”. Read more & order →