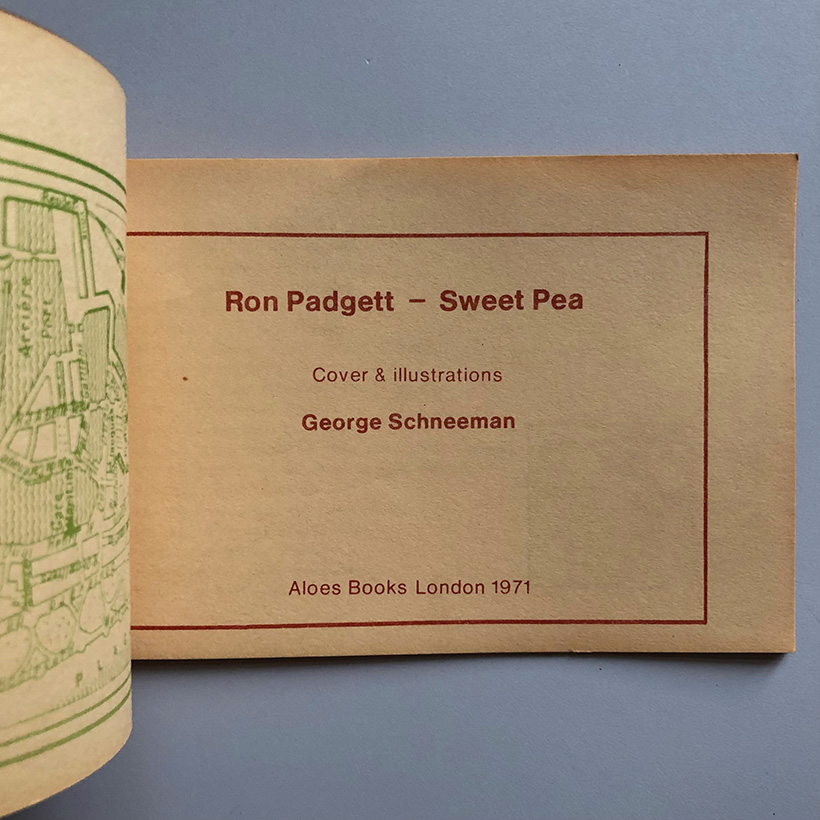 Ron Padgett’s ecstatic poem Sweet Pea was published in a limited edition of 200 by Jim Pennington’s Aloes Books from London in 1971. Illustrated by Padgett’s friend George Schneeman this mimeographed and saddle stitched ode to the Sweet Pea is a fine example of Padgett’s work of the period. This particular copy of this sought-after edition is in good condition with a superficial crease in the back cover. Order now →