Joglars Volume 1, Number 2 was published by Clark Coolidge and Michael Palmer in the Winter of 1964. Among the 16 contributors to this short-lived literary magazine are Stan Brakhage, Fielding Dawson, Piero Heliczer, Gary Snyder and Michael Palmer himself. The artwork was provided by Nicholas Dean, Fielding Dawson and Betsy Garrett Bang. The cover of this copy has some sticker damage and shelf wear but otherwise it’s in very good condition. 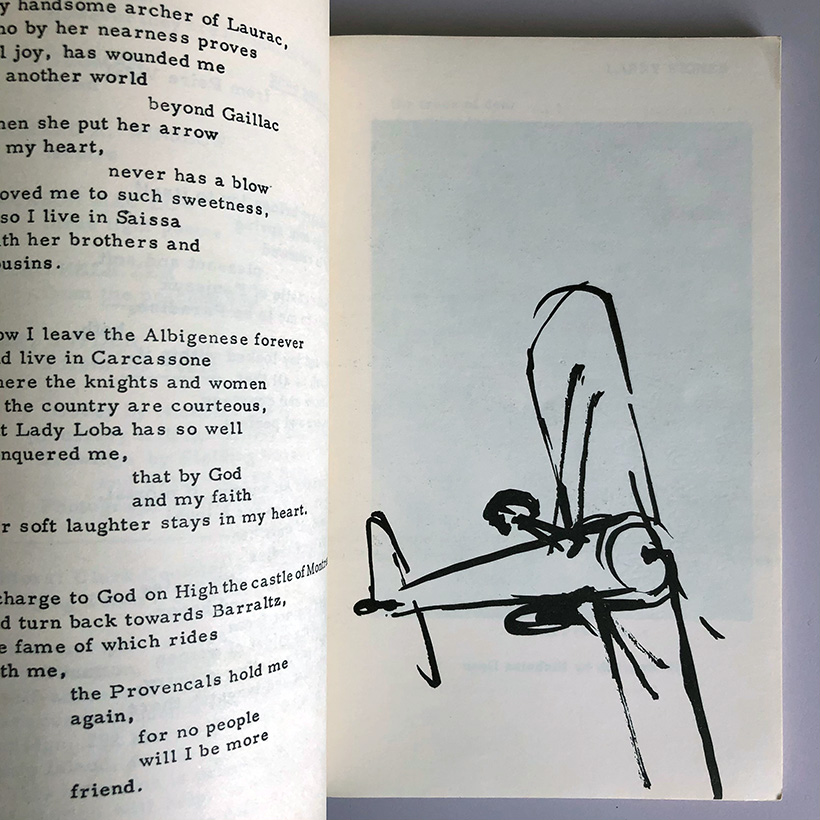