A Hornbook for Witches: Poems of Fantasy is a collection of poems by Leah Bodine Drake. It was published by Arkham House in 1950 in an edition of 553 copies only. An audiobook by the same name was released in 1976, read by American actor Vincent Price (1911-1993). It contains four poems by Drake (A Hornbook for Witches, Witches on the Heath, All Saints Eve, and The Ballad of the Jabberwock) as well as other material. The audio was originally released as both LP and on cassette by Caedmon. Caedmon Records was a pioneer in the audiobook business, it was the first company to sell spoken-word recordings to the public and has been called the seed of the audiobook industry. Caedmon was founded in New York in 1952 by college graduates Barbara Holdridge and Marianne Roney. The label’s first release was a collection of poems by Dylan Thomas as read by the author. The company went on to record other notable writers reading their own works, such as W. H. Auden, Robert Frost, T. S. Eliot, Ernest Hemingway, Gertrude Stein and many more. The label expanded further to encompass other types of spoken-word recordings, including children’s stories, speeches, plus English- and foreign-language classics. Raytheon, which also owned D. C. Heath and Company, bought Caedmon in 1971. Harper & Row (now HarperCollins) purchased the label in 1987.
(source: Wikipedia)

The vinyl of this copy is very good, so is the sleeve, which has only minor shelf wear. The inner sleeve is original but is creased and discoloured. 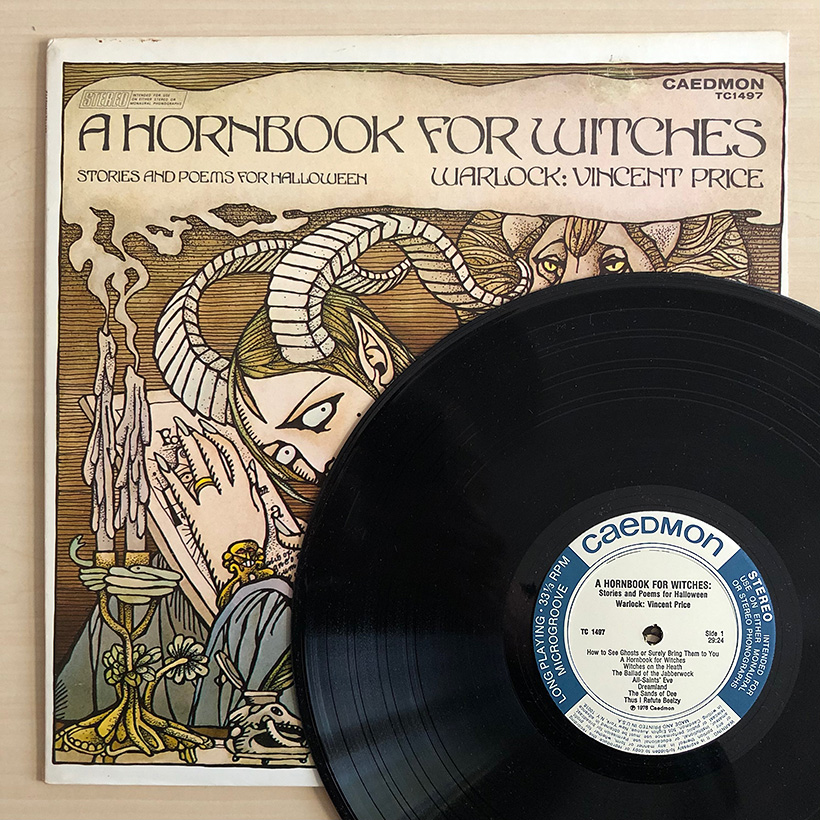