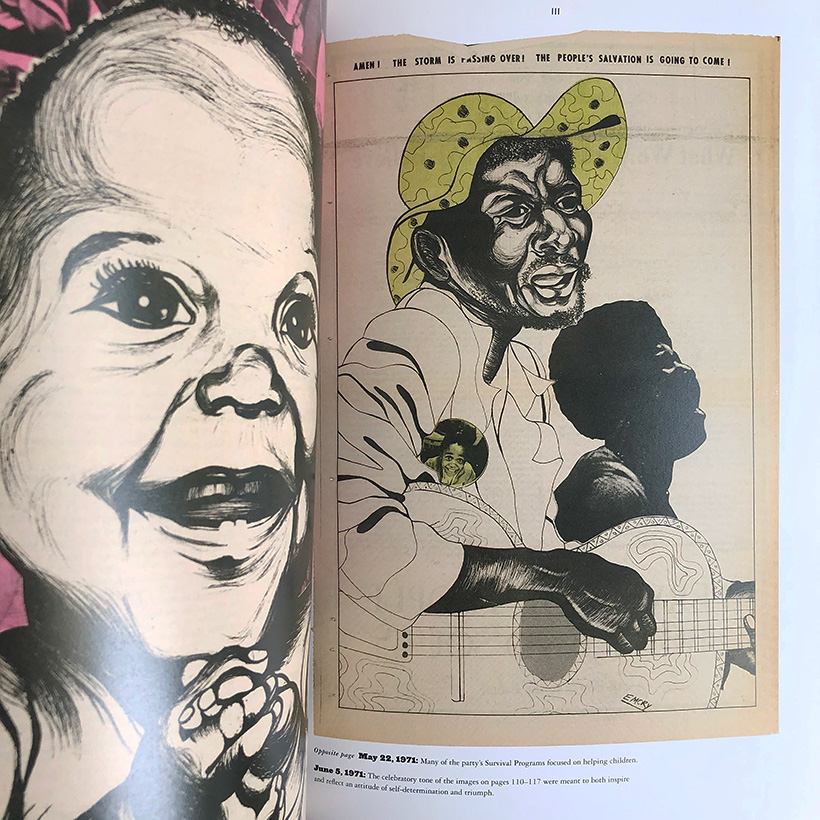 As a teenager, I discovered the work of Emory Douglas in the pages of the Black Panther newspaper, and it was love at first sight. Douglas’s posters were the visual voice of the Panthers, and his unforgettable images of porcine cops and shabby slum apartments resonate with me to this day. I can still visualize his poster depicting a rat attacking a sleeping baby. What an incredible image! His work is alternately vicious and ennobling, grotesque and folksily beautiful. He’s a great artist.

The Genius of Emory Douglas

The conceptual brilliance and raw emotive power of Emory Douglas’s cartoons and illustrations for the Black Panther newspaper and the party’s other propaganda media – posters, banners, buttons, record albums, bumper stickers and broadsides – brought the Panthers’ revolutionary analysis and daring grassroots political action program to vivid life for millions of oppressed African Americans and their white radical sympathizers. Emory’s precision of statement and bold, defiant depiction of the common people and their struggle against the oppressor made the Panthers’ message impossible to ignore and inspired untold thousands to join the movement for freedom, justice, education and equal rights. Emory Douglas played a key role in building a mass following for the Black Panther Party and the black liberation struggle of the 1960s and 70s.

Emory’s art was a combination of expressionist agitprop and homeboy familiarity. I always felt that Emory’s work functioned as if you were in the middle of a rumble and somebody tossed you a machine pistol. It armed your mind and demeanour.