Henri Michaux was born in Namur, Belgium in 1899 and spent his childhood in Brussels, where he studied medicine until he dropped out of university at the age of 21. Inspired by Tolstoy, Dostoevsky and Lautréamont, Michaux concentrated on his own literary experiments in 1922. Michaux’s early writings were mainly published in the French-Belgian avant-garde magazine Le Disque vert, for which he edited a special issue dedicated to Sigmund Freud in 1923. During that same period he emigrated to France, cutting all ties with his native Belgium, eventually becoming a French citizen in 1955. Apart from gaining recognition as an original writer and poet in the following decades, Michaux met with acclaim as a visual artist who, although following a highly individual path, became associated with post-war Tachisme. Michaux’s writings, poetry and visual art can be seen as open-minded explorations of unknown worlds, a relentless search for an elsewhere, among which his many travels and experiments with hallucinogens such as cannabis, LSD, mescaline and psilocybin should be ranked too. Henri Michaux died in Paris in 1984, leaving behind a large body of literary and visual work.

In 1996 three art galleries from Nantes, France, teamed up to organise a Michaux retrospective in their town. Galerie Covergence, Galerie Jean-Christian Fradin and Galerie Michel Luneau showed a variety of works ranging from frottages, pastels, oil and acrylic paintings, and drawings in ink or crayon covering a period from 1944 to 1983. Apart from reproductions of these works the accompanying catalogue contains an introduction by Michel Luneau, a biography and Michaux’s poem <Libéré…>. This particular copy of the catalogue, made available from the Sea Urchin archives, is in fine condition and has no ownership or any other marks. 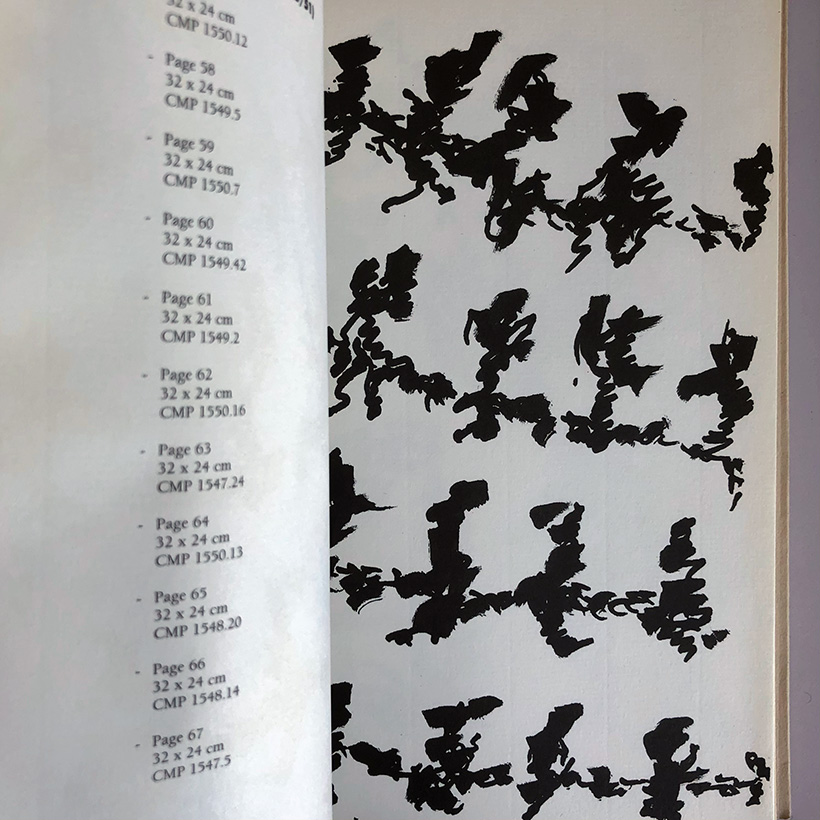