Eddie Woods (New York, 1940) is an American poet, author and publisher. Woods worked as an early computer programmer in New York before joining the US Air Force in 1960. For the greater part of his service he was stationed in Germany where, once honourably discharged, he married twice, fathered two daughters and made a living selling encyclopedias. Woods travelled to the East in 1968 and stayed there for five years while working as a restaurant manager, journalist, bar owner and disc jockey. He befriended his countryman Tennessee Williams during those travels, which took him to Hong Kong, Singapore, Malaysia, Bali, Sri Lanka and Thailand. After a brief spell in London, Woods and his partner Jane Harvey travelled to Asia again in 1973, where they found employment with the Tehran Journal. Once back in Europe in 1978, the couple edited Ins & Outs Magazine from Amsterdam and founded Ins & Outs Press and the Ins & Outs bookstore (together with Henk van der Does) there two years later. Over the years Ins & Outs Press published William Levy’s Natural Jewboy, Ira Cohen’s Bandaged Poets postcard series, cassettes with readings by Jack Micheline and Harold Norse, Woods’s own poetry compilations Sale or Return and Tsunami of Love and various other works. With the exception of six years spent in England, Woods has lived in Amsterdam since 1979.

Eddie Woods’s candid memoirs of his days in Singapore and Thailand in the early 1970s were published as Tennessee Williams in Bangkok by Inkblot Publications, Providence, Rhode Island in 2013. A Dutch translation appeared with SpeakEasy, Amsterdam as Bangkok Confidential the next year and now a German translation has appeared with Moloko Plus under the original title Tennessee Williams in Bangkok. Excellently translated by Pociao and Roberto de Hollanda and elegantly designed by Ralph Gabriel, this edition is the hottest tin roof Tennessee Williams’s cat has ever been on. 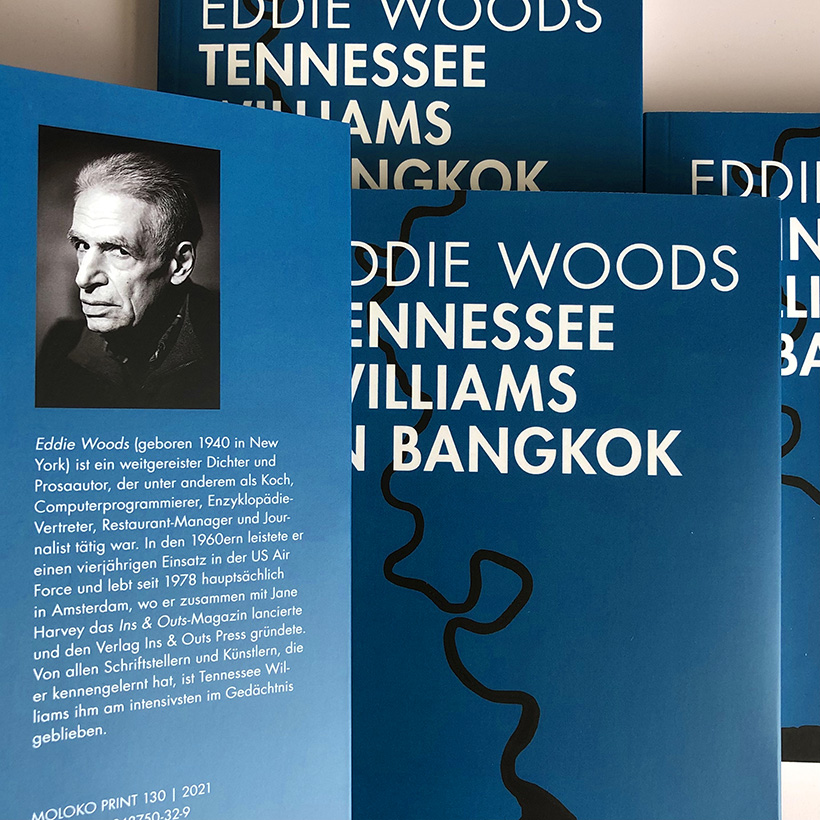