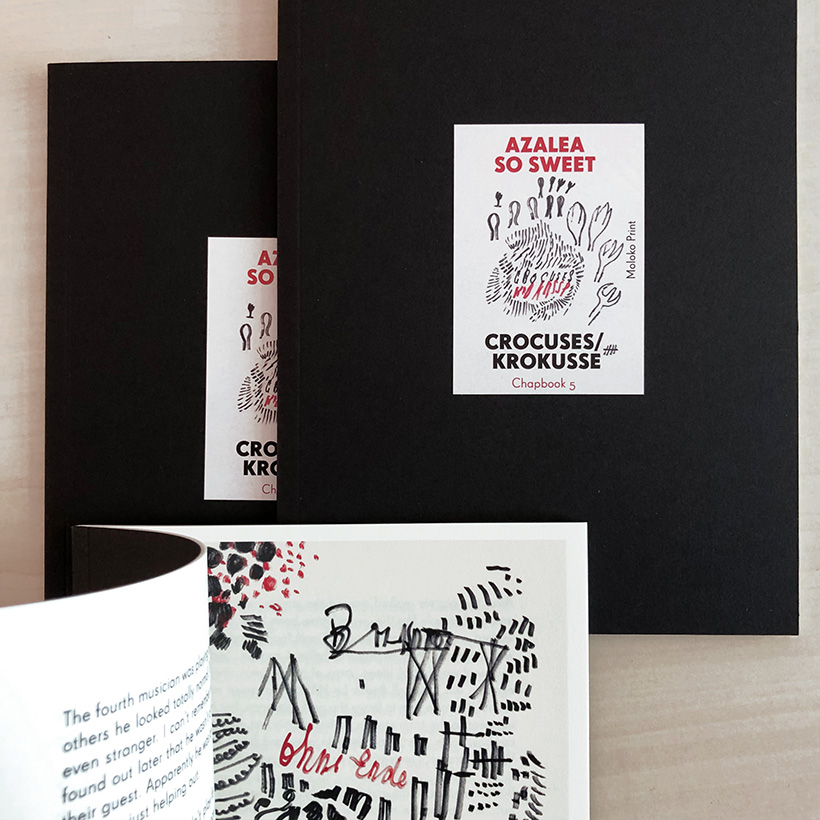 Azalea So Sweet (1972) is a writer, lyricist and performer from the Czech Republic. Originally from Brno, she describes in her short story Crocuses/Krokusse her first trip to Berlin after the collapse of the repressive and bureaucratic socialist regimes of Eastern Europe in 1989. In the company of her lover Radek she took the train from Prague in 1990 to see Nick Cave & The Bad Seeds, Radek’s favourite band. “It was like stepping out of a black and white movie into a Technicolor version” she remembers her arrival in the German metropolis, where she was blown away not only by Nick Cave but even more so by his support act Once Upon A Time. Snorting speed and giving Radek head in a round-the-clock bar complete the vividly penned recollections of the author, who felt like Alice in Wonderland on the first of many trips to Berlin to follow. Her rock ‘n’ roll tale, published both in English and German and illustrated by Frank Diersch, is called Crocuses in memory of Radek, who died in 2010, and Bruno Adams, the singer of Once Upon A Time, who one year later was buried in a cemetery in Berlin-Kreuzberg, which in spring is covered with crocuses.