tapetopia is a series of releases based on cassettes from East Germany’s 80s underground, particularly from the East Berlin ‘Mauerstadt’ music scene, featuring original layouts and track lists. For over 30 years after their initial “release” the music on these tapes was neither available on vinyl nor CD, but they were important statements in the canon of the GDR subculture. Despite the miniscule number of original cassettes in circulation at the time many of the bands were popular in countercultural circles, a factor that made them highly suspect among the government’s own inner circles. tapetopia is run from Berlin by Henryk Gericke.

A tape with the rather factual title “Rosa Beton – Demo 83” gained currency in 1983, albeit among an inner circle, or as it says in a lexical note on the band: Rosa Beton “achieved beyond-regional fame in and around Berlin”. Unlike some other bands that were merely rumoured to exist, this name was widely recognized in the East Berlin punk scene and the demo tape was received with some delight. It had been made in the suburb of Hönow, or more precisely in music enthusiast Thomas Wagner’s childhood bedroom. The band was less a classic combo than a short-lived project run, for a brief underground season, by 16- year-old Wagner and Ronald Mausolf, who was known as “Mausi” and had just come of age…For once, it was not the Stasi that was responsible for the end of Rosa Beton, but individual developments; the band faded away in the no-man’s land between punk and post-punk. The forking path of the two band members is a parable for the fact that punk in its early stages was a bundle of diverging forces; Wagner radicalised artistically, Mausolf politically. Yet the eternal question “Are you still punk today?” is only of interest to kitchen anthropologists who have no concept of the essence of radicalism. It is not those biographies that are the most punk who remained inhibitingly loyal to punk, but those that moved furthest away from punk, because otherwise “No Future” proves to be “Punk’s Not Dead”. (from the liner notes by Henryk Gericke) 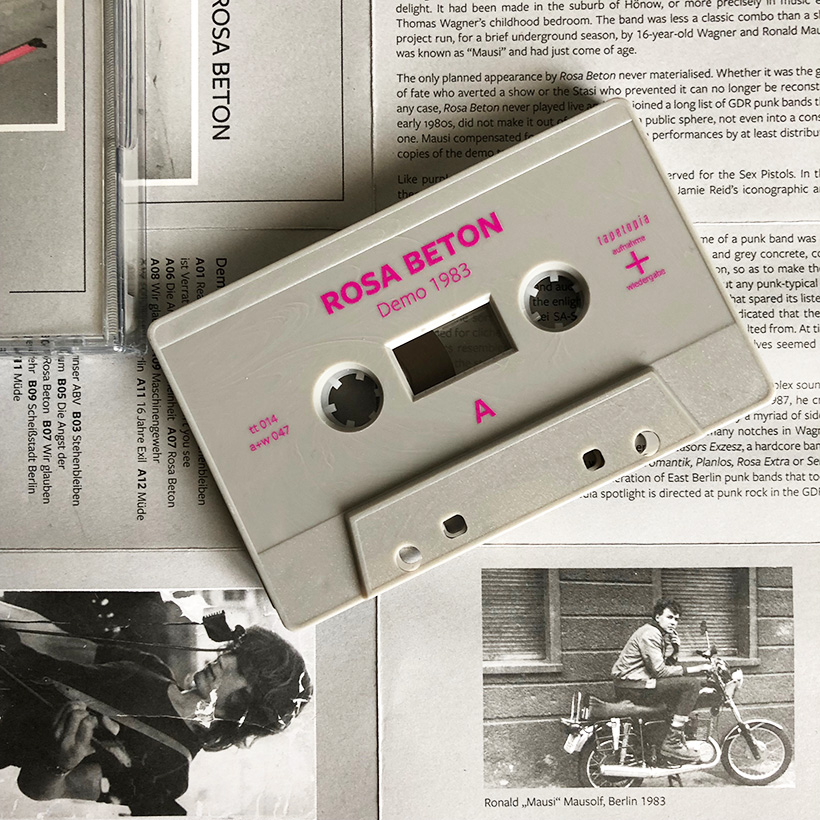