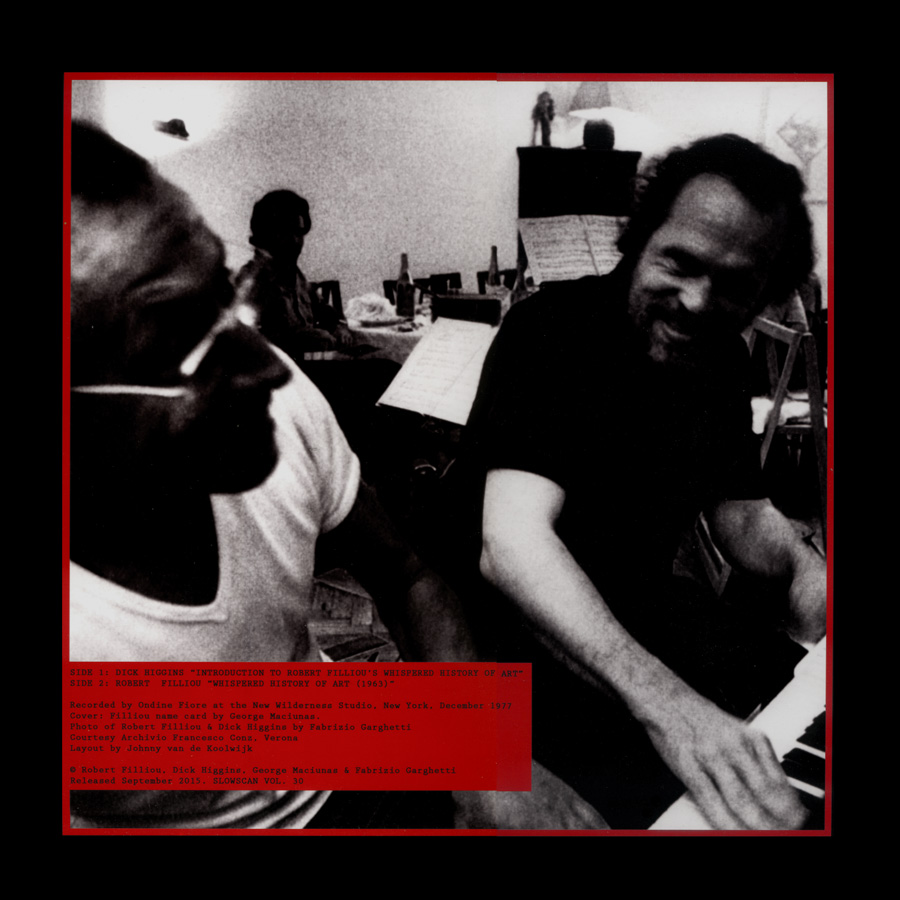 Robert Filliou (1926-1987) was a French poet, writer and artist affiliated with Nouveau réalisme and Fluxus. Filliou conceived the celebration of Art’s Birthday in 1963. He claimed that 1,000,000 years ago there was no art at all until one day, on 17 January to be precise, art was born when someone dropped a dry sponge into a bucket of water. Art’s birthday – which, by the way, happened to coincide with Filliou’s own – saw its first public celebration on 17 January 1973 in Aachen, Germany and in Paris, France. Filliou’s ‘Whispered History of Art’, now released on vinyl as Slowscan vol. 30, is a Fluxus mythology about the origin of art. The playful and humorous lecture was recorded by Ondine Fiore at the New Wilderness Studio, New York in December 1977 and is introduced by Dick Higgins. Courtesy Filliou recording: Archivio Francesco Conz. Verona.