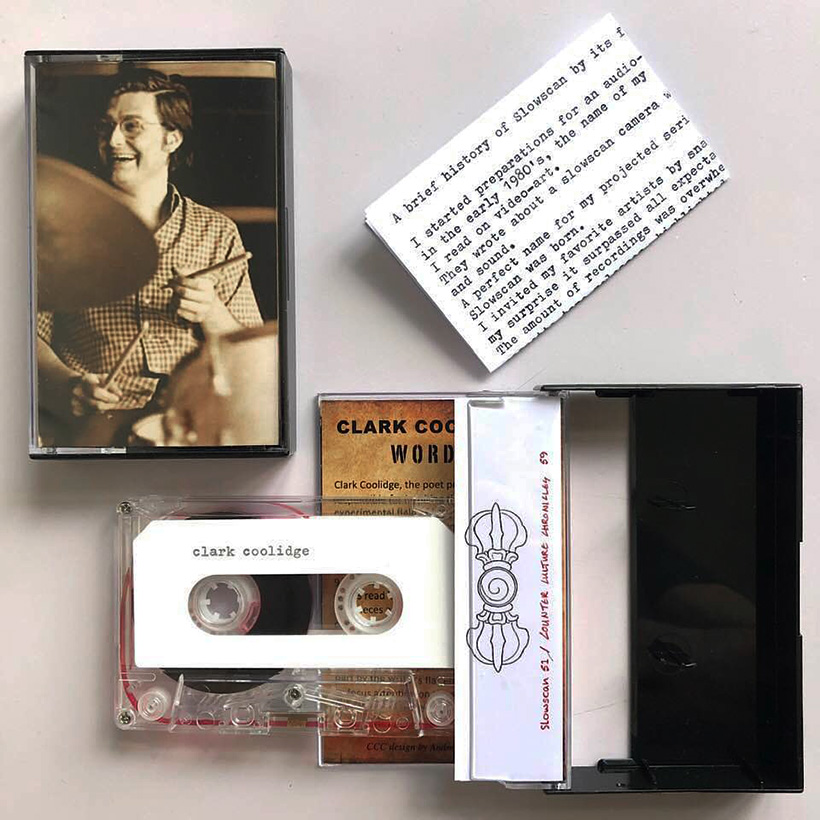 Two of finest the labels of The Netherlands, Slowscan and Counter Culture Chronicles, have now released on cassette rare Coolidge recordings from 1969. The cassette, with good quality recordings, comes with an insert recounting the history of Slowscan by its founder Jan van Toorn and the following liner notes:

Clark Coolidge, the poet perhaps most responsible for inspiring the entire experimental field of Language Poetry, produced in 1969 programs of audio pieces by himself and others for KPFS Radio in Berkeley, California. This is one of these programs, from 9/1/1969, comprising two Coolidge works read in his own voice. The pieces are built on various combinations of repeated words. The rhythmic interplay and unexpected juxtapositions of these looped sounds create a hypnotic patterning, magnified in part by the writer’s flat effect that serves to focus attention on the strangeness of the sounds of these quotidan syllables.