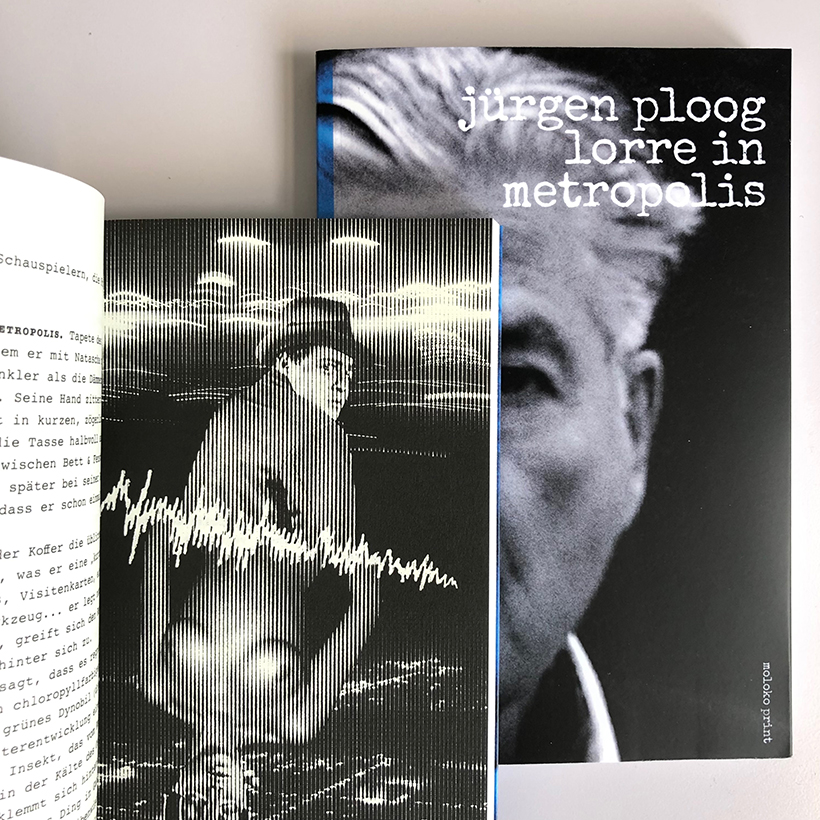 ‘Lorre in Metropolis’ is a work by Ploog published posthumously by Moloko Plus in 2021. The design by Ploog’s friend Robert Schalinski and illustrations by Ploog’s cut-up partner-in-crime Walter Hartmann make this book a loving tribute to the author, who died in Frankfurt am Main in 2020. ‘Lorre’ stands for Hungarian-American actor Peter Lorre (1904-1964), who rose to fame in the 1931 thriller ‘M’, directed by Fritz Lang. Four years earlier Lang had directed his futuristic film ‘Metropolis’ and in his book ‘Lorre in Metropolis’ Ploog now casts Peter Lorre – known for his sinister roles – in a new Metropolis, ‘a cerebral, global town‘ as Ploog describes the setting of his filmscript-like book. Fuelled by underlying cut-ups Ploog’s script for a new Metropolis evokes the atmosphere of a futuristic film noir setting, where time and space take no root and storylines serpentine and defy linearity. Read more and order →