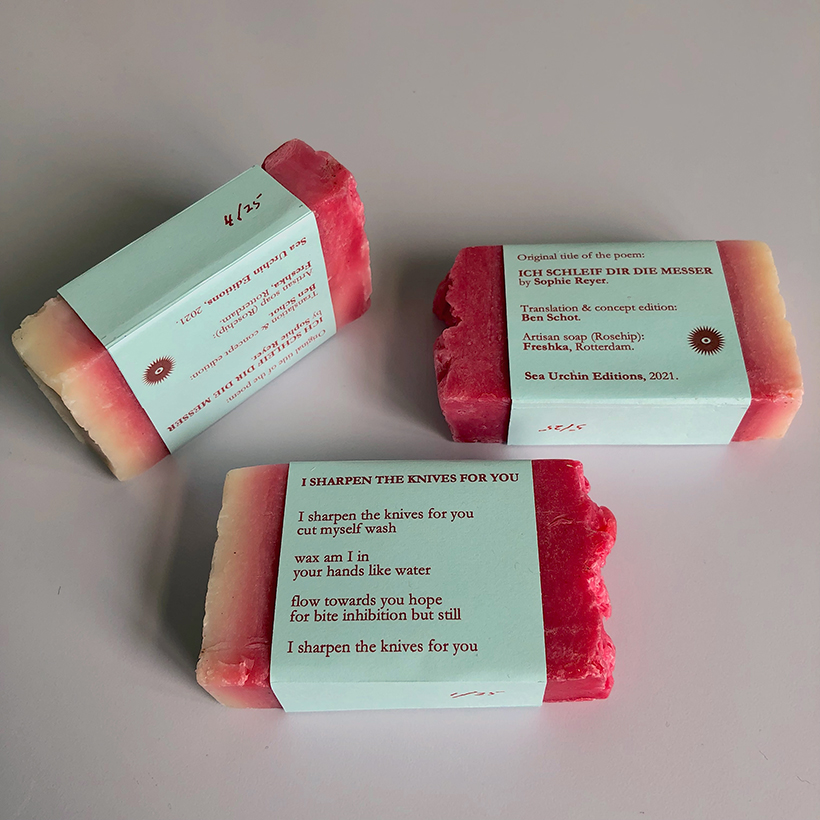 Sophie Reyer – I sharpen the Knives for you

Sophie Reyer (1984) is an author, poet, philosopher and composer of classical music from Vienna. Reyer followed German studies in her hometown and Composition at Graz Conservatory, from which she graduated in 2007. She has been a member of the editorial board of the Austrian literary magazine Lichtungen since 2009 and became a Master of Arts in composition for music theatre in 2010. From 2011 to 2014 she studied Media Art in Cologne and took her Ph.D. at the University of Vienna with her work Performanz und Biomacht in 2017.

I sharpen the Knives for you is Ben Schot’s translation of Reyer’s short poem Ich schleif dir die Messer. Sea Urchin has published this translation as a wrapper around an artisan slice of soap of rose petals and olive oil produced by Freshka, Rotterdam. Each bar of soap is slightly different and has been hand numbered in an edition of 25.