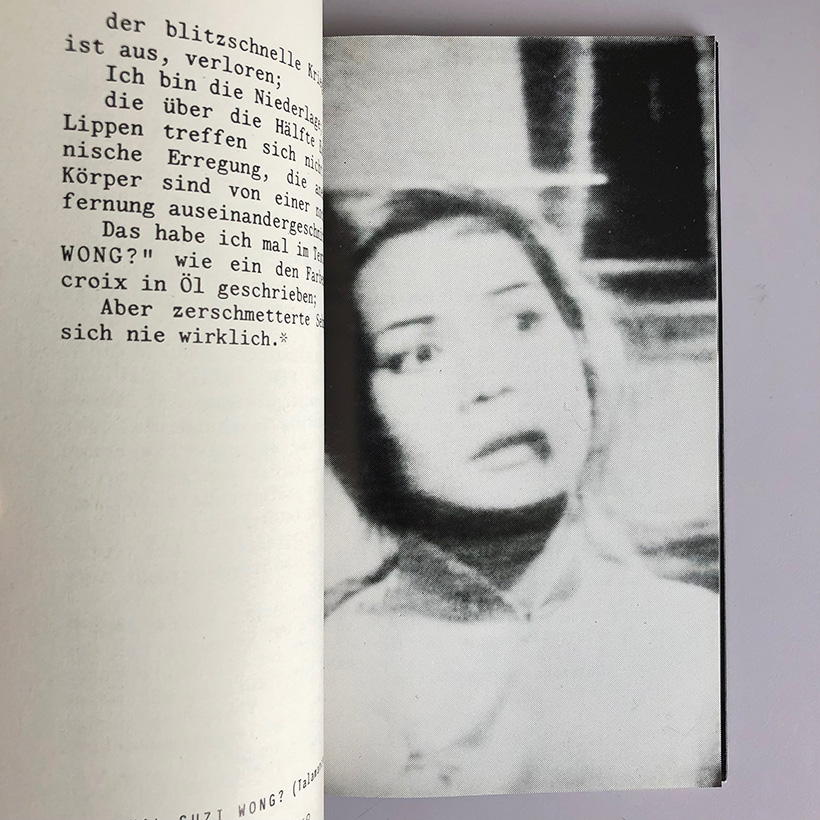 New in our Collectible Books catalogue:

Kiev Stingl’s Die besoffene Schlägerei was published by Cyrano Verlag, Berlin in 1984. A number of fine copies of this sought-after edition are now available from Moloko Plus via Sea Urchin. The book, at first sight a loose collection of texts, essays, prose poems and photos, is subtitled La Bataille ivre in reference to Le Bateau ivre by Arthur Rimbaud. Stingl is not the first one to be inspired by this poem: it is also known to have had a major influence on the Beat Generation. But where the works of the Americans breathe sexual liberation, adventure, intoxication, expatriation and sometimes make use of the cut-up method to expose the inner mechanisms of language, Kiev Stingl takes Rimbaud’s poem for the starting point of an intoxicated trip into a more universal existential exile, in which sex is not liberating but a violent cry under empty skies and language and linearity are not so much cut up as smashed into shards. Stingl’s original and evocative language in his texts, notes and essays are combined with 30 photographs which form a loose photonovel, the captions of which make up the final chapter of this extraordinary book.