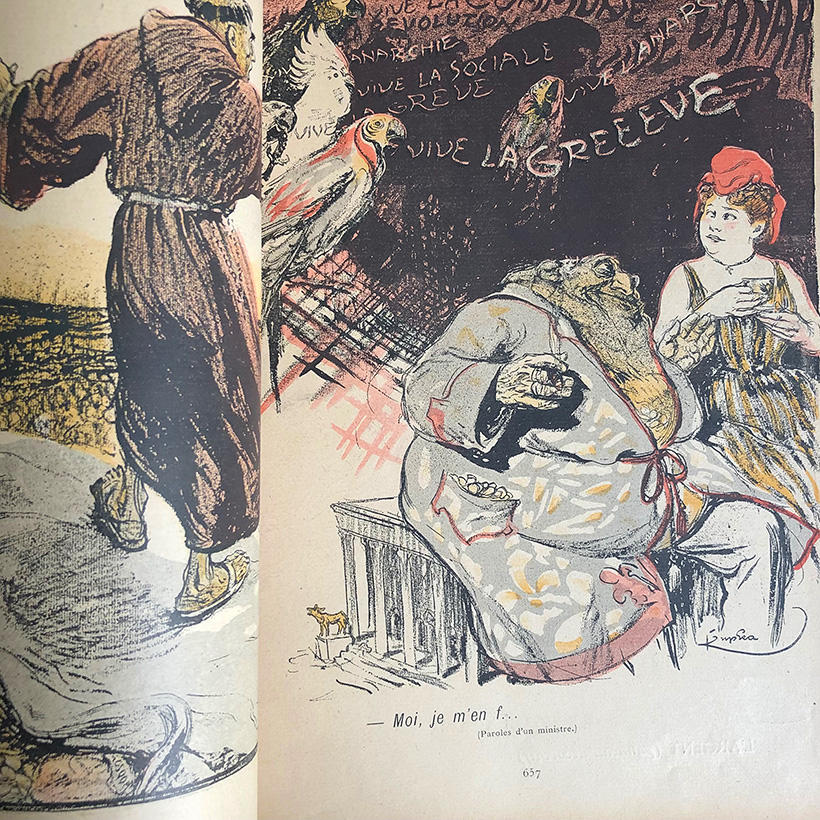 L’Assiette au Beurre was an anarchist French satirical magazine founded by Samuel Schwarz in 1901. The magazine was published as a weekly from 1901 to 1912 and as a monthly from 1921 to 1925. Under the editorial supervision of Schwarz – which only lasted from 1901 to 1903 – the magazine invited established artists, such as Félix Valloton, Jacques Villon, Kees van Dongen and Frantisek Kupka, to take care of the design. In January 1902 Kupka produced an issue of L’Assiette au Beurre dedicated to the theme money. L’Argent, beautifully illustrated by the then relatively unknown Czech master, turned into one of the best issues of the magazine, only emulated by Kupka’s later theme issue Religions. This particular copy of Kupka’s L’Argent is in very good condition. Hard bound by one of the previous owners, it shows only minor wear and discolouring. Order now →