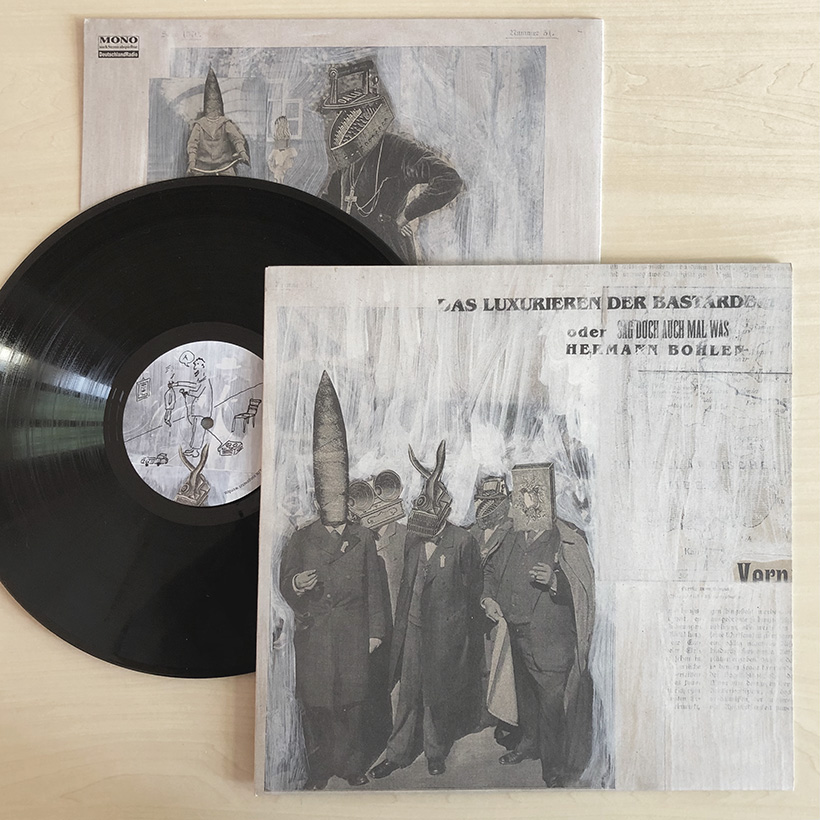 In 2018 Moloko Plus released the CD Leere und Zerfall by German musician and composer Asmus Tietchens. The CD presents six readings by Tietchens from the controversial philosopher Emil Cioran’s work Lehre vom Zerfall accompanied by minimal electronic music. Tietchens’ special relationship with Cioran was already apparent from his use of Cioran quotations on other LPs and CDs, but here this relationship has led to an uncompromising conceptual piece of work. Moloko did a great job to release this CD and to have Robert Schalinski provide the digipak with a fitting minimal design.

Romanian philosopher and essayist Emil Cioran (1911-1995), for whom even Friedrich Nietzsche was too optimistic and naive, counts as one of the most pessimistic, radical and nihilistic thinkers of our age. Although in later life Cioran regretted and denounced his fascist ideas, he overtly sympathised with Hitler and the Italian fascists in the 1930s and with the Romanian death cult of the Iron Guard, who rose to power in Romania in 1940 before being banned one year later. After having studied and taught in Berlin he moved to Paris on a scholarship in 1937, where he would stay for the rest of his life. From 1945 onwards he published his books, which to a large extent consisted of aphorisms, in French. His best-known work Précis de décomposition was published by Gallimard in 1949 and translated into German by Paul Celan in 1953. It is from this work that Asmus Tietchens reads on the CD Leere und Zerfall, a title which itself is both a reference to and a comment on Cioran’s book.