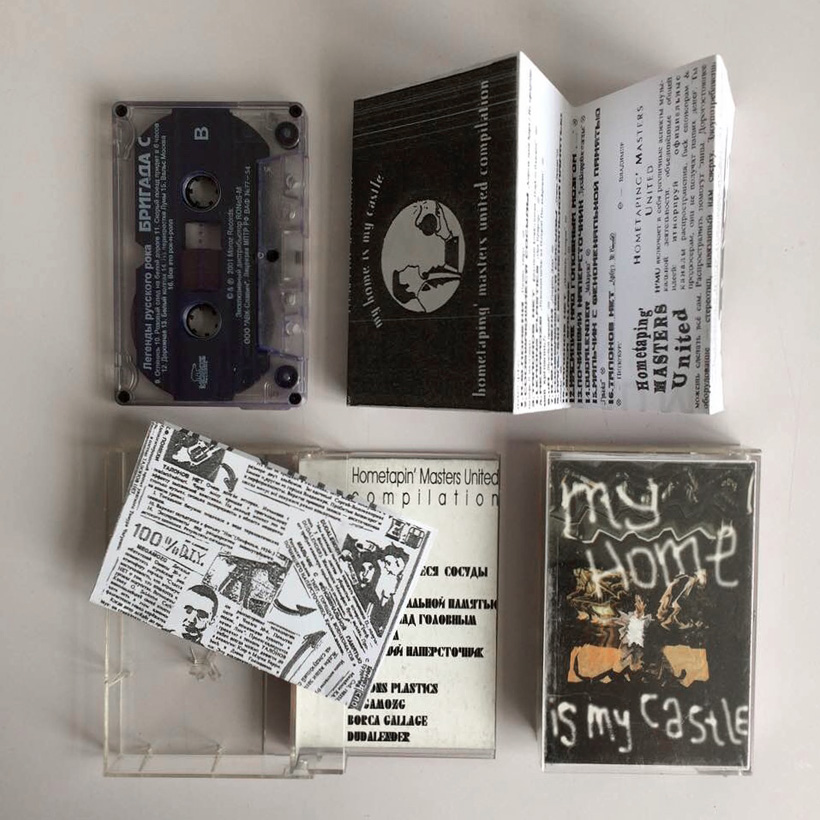 This Post-Materialization Music edition is a re-release of a cassette dedicated to the first generation of post-soviet hometapers. The original cassette was released and distributed through Elephantboy zine in 1998. This re-issue – of which only 50 copies were made from the original master tape – comes with copies of all the original 1998 inserts. My Home Is My Castle is a cheerful compilation of very obscure Russian artists, most of whom have not been published again. The contributions on this tape vary from short lo-fi electronical pieces to long locked grooves. If this anarchic tape hadn’t been released several years after the dissolution of the Soviet Union, it surely would have brought down the old regime itself. The last available copies distributed through Sea Urchin!