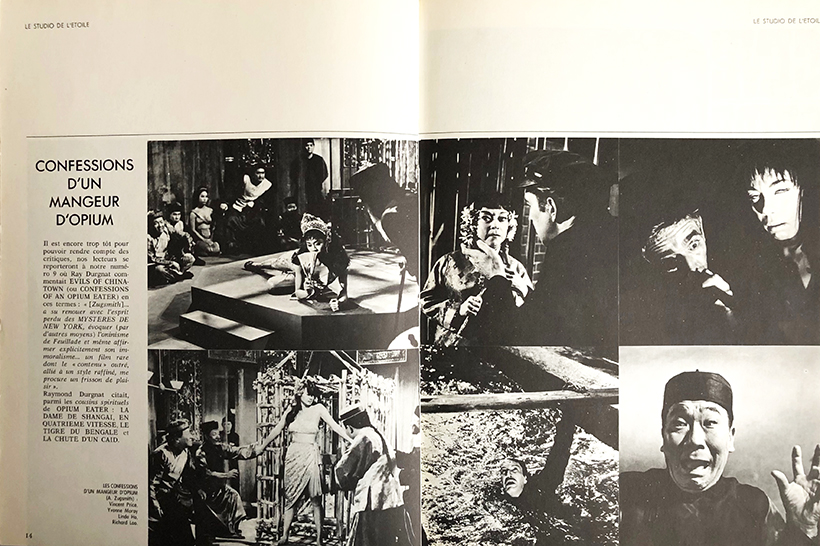 Midi/Minuit Fantastique was a French film magazine started by Michel Caen, Alain Le Bris, Jean-Claude Romer and Jean Boullet in Paris in 1962. The richly illustrated magazine was dedicated to the fantastique cinema and provided its readers with reviews, essays, interviews, art work and a guide to the Parisian theatres showing films of the genre. It was published by Eric Losfeld’s Éditions Le Terrain Vague until 1971, when the magazine ceased to exist.

Midi/Minuit Fantastique No 21 was published in April 1970. Apart from reviews on films ranging from Les Confessions d’un Mangeur d’Opium to Les Noces d’Hirondelle, the issue contains artwork by Canadian surrealist Mimi Parent, a fictitious interview by André Ruellan of his alter ego Kurt Steiner, an interview of Wakamatsu Koji, and much more. The condition of this collectible issue is good. The cover has some wear and sticker damage.