Moloko Plus and Sea Urchin have joined forces again to publish The Ex-Terr Poems by Edward (Ed) Sanders. The book, beautifully designed by Anneke Auer, combines new poems and glyphs by Sanders in his series of Bardic Glyph-Books. “These poems were begun in late January 2020, around the advent of my knowledge of the Corona Virus Invasion”, Sanders explains. “With my wife Miriam as videographer and great idea-person, for the last 14 years I have been writing and broadcasting a Saturday evening half-hour program, ‘The Woodstock Journal’, from 7 to 7:30 p.m. over the Public Access television studio at the Mescal Hornbeck Community Center in Woodstock. I bring a DVD of each show from home to the station, and send it out to viewers over station equipment. While each show is running”, Sanders continues, “I am free to write, work on my daily journal, or read. Last January 24, while The Woodstock Journal segment was being aired, I had a strange idea to write a poem about Sassy the Saucer. First I drew a Glyph of an extraterrestrial named Sassy, which, finished on the page, inspired the poem. Each Saturday evening, for the next 10 weeks, I drew a Glyph and wrote a poem about an extraterrestrial. Here they are, all fourteen of them.”

Ed Sanders (1939) is an American poet, singer, social activist, environmentalist, author and publisher. In 1958 Sanders dropped out of the University of Missouri and hitchhiked to New York City. There he founded the avant-garde journal Fuck You/A Magazine of the Arts and, a couple of years later, his Peace Eye Bookstore, which turned into a hotbed of poetry, art and radical activism. In 1964 he graduated from New York University with a degree in Greek and founded the seminal countercultural band The Fugs with Tuli Kupferberg. At the time Sanders’ subversive activities in the Lower East Side were described by William Burroughs as a “total assault on the culture”. An unstoppable anti-war activist, Sanders took a prominent part in the famous attempt to levitate and exorcise The Pentagon in 1967 and published Thirsting for Peace in a Raging Century: Selected Poems 1961–1985 twenty years later. Sanders lives in Woodstock with his wife Miriam, where he has worked on his investigative 9-volume America, A History In Verse since 1998. In 2018 he published Broken Glory: The Final Years of Robert F. Kennedy.

A limited edition of 10 copies of this book, which come with an original glyph by Ed Sanders, is available while stock lasts. Update 7 December 2020: The regular edition is still available; the limited edition plus glyph has sold out. 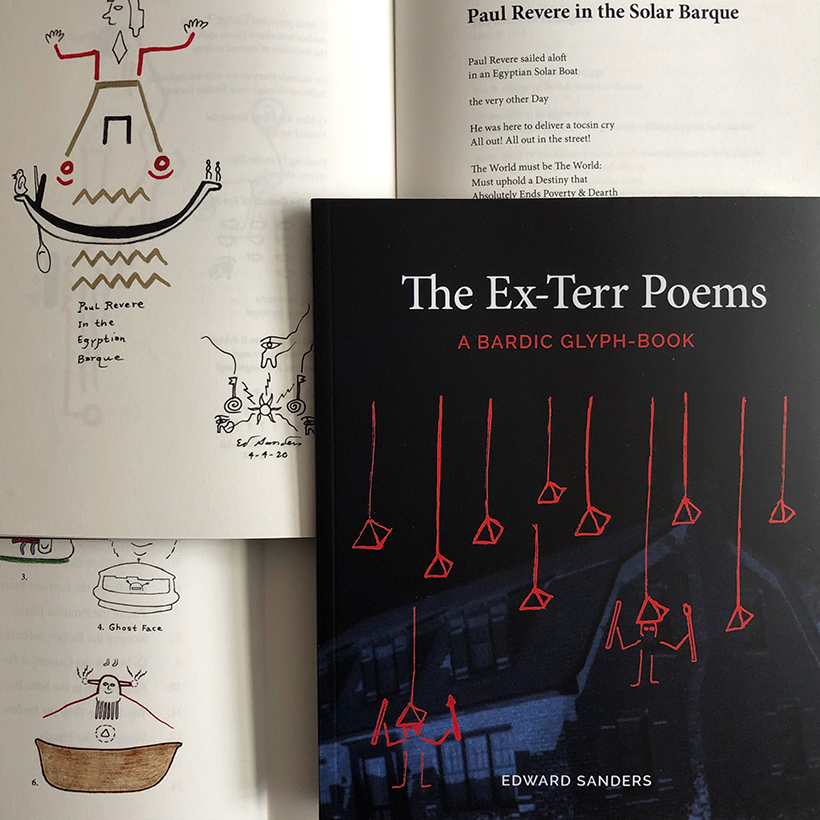