Gregor Kunz was born in East-Berlin in 1959 and worked odd jobs, such as forestry worker, postman and cinema assistant, to support his practice as a fiercely independent artist and writer in the German Democratic Republic. Kunz contributed to Samizdat magazines in the 1980s and has produced and published poems, collages and artists’ books since the late 1970s. He currently lives in Dresden.

Kunz’s collection of collages Escape Vineta is the final volume of his Captain von den Busche trilogy. The trilogy, of which the first volume Look at the Seascape was published by Moloko Plus in 2019 and the second Inscape, Orte in 2021, was produced between 2000 and 2009 and comprises some 500 pieces of work. Designed by Robert Schalinski Kunz’s books of collages have developed into a marvellous triad of mini revelations.

With its tongue-in-cheek references to Max Ernst, Jules Verne, Baron Münchhausen, Sergio Leone and its quotations from authors and poets as varied as André Breton, Ernest Hemingway, Ezra Pound and William Carlos Williams, this compilation of collages is the final chapter of Kunz’s personal exploration of the 20th-century avantgarde and its 19th-century predecessors. With the fictitious Captain von dem Busche at the wheel, Kunz manages to navigate from territories already charted in the 19th and 20th centuries, to more personal horizons and coasts. Kunz’s approach turns each of his collages into a strange, at times unsettling, adventure. 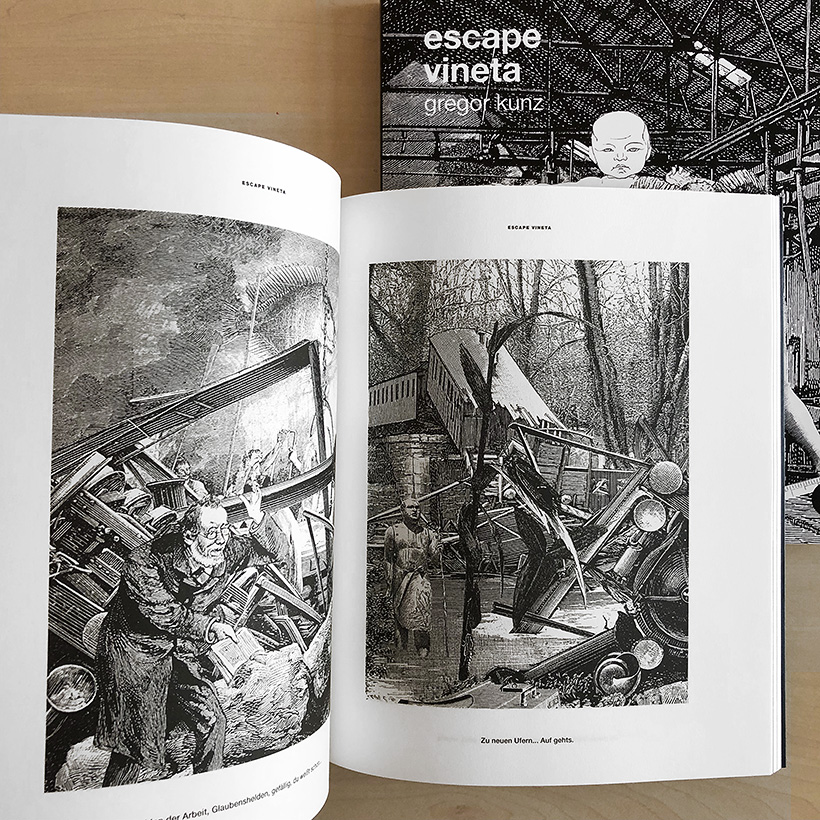