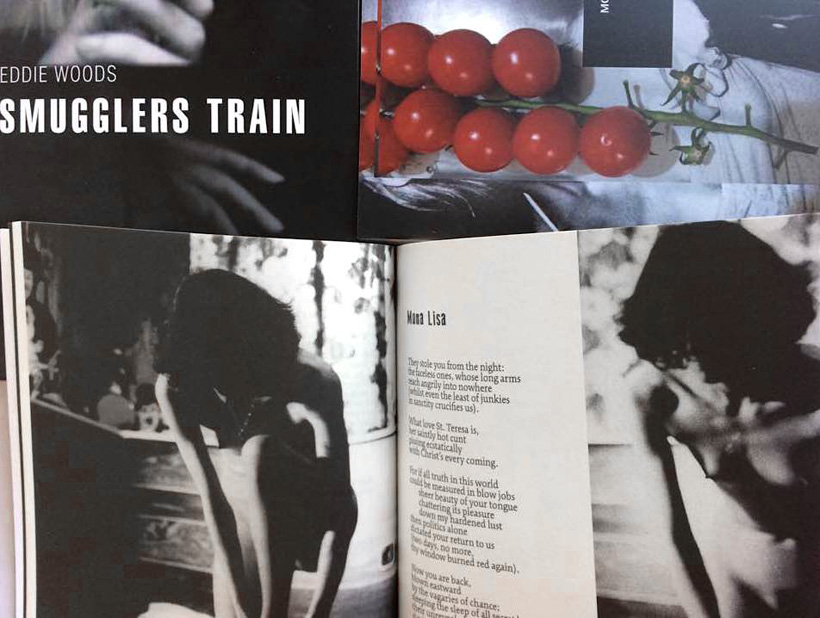 Writer, poet and publisher Eddie Woods (New York, 1940) joined the US Air Force in 1960 to avoid being drafted by the army. Most of his 4-year-stint was spent in West-Germany, where he married twice after his honourable discharge from the air force in 1964. As a civilian he sold encyclopedias for a living while writing poems, essays and short stories in his spare time. In 1968 he left Germany for Asia. Woods travelled to Hong Kong, Singapore, Thailand, Bali, Sri Lanka and other corners of the East and held a variety of odd jobs there, such as restaurant manager, disc jockey and writer for the Bangkok Post. In those days he befriended countryman Tennessee Williams, with whom he travelled extensively through Malaysia. Briefly back in the West, Woods met Jane Harvey in London in 1973. That same year they returned to the East together and travelled there until 1976. Woods and Harvey cycled across large stretches of India, among other things, and both wrote for the Tehran Journal in that period. After having returned from their travels in 1976, Woods wrote a large number articles, poems and short stories for magazines and literary periodicals while living in the US and London. From Amsterdam, where they moved in 1978 and settled down a year later, Woods and Harvey edited three issues of Ins & Outs magazine. This magazine developed into Ins & Outs Press (Allen Ginsberg, William Levy, Gregory Corso and many others), and Ins & Outs Bookstore, which served as a hotbed of poetry and radical cultural activities. Woods has lived in Amsterdam since, where he has been active as a writer, poet, performer and organiser of poetry events.

Smugglers Train is a bilingual compilation of Eddie Woods’ poetry and prose. His poems are published in English, his prose pieces have been translated into German by Pociao. The book contains a fine selection of Woods’ literary works and combines them with some of his intimate b/w photos and collages by London based artist Inga Tillere, who also did a beautiful job designing this great new Moloko+ edition.