Cut-Up Ground Zero was Paris in April 1960 when Minutes to go appeared with a wraparound band that declared “un règlement de comptes avec la Littérature.” The meaning translates simply enough: “a settling of scores with Literature.” But the message that launched the cut-up project is a cryptic puzzle with a secret history, like Minutes to go itself, so that solving it offers a clue to the obscure readability of the text and to backstories that have remained in the dark for sixty years.

While the pamphlet has long been out of print, the stories about it recycled in biographies and cultural histories of the Beat Generation have made Minutes to Go deceptively familiar; even the wraparound band gets a regular mention, although it was only fitted to some of the original thousand copies and not a part of the 1968 American reprint. Everyone knows what happened at the Beat Hotel in autumn 1959 when ‘Minutes to go’ was thrown together after the chance discovery Brion Gysin made with his Stanley knife, and William Burroughs, Gregory Corso and Sinclair Beiles joined in with their scissors—those “hectic, portentous” days, as Burroughs would call them with nostalgia, when “everything had meaning.” But the standard history is just cut-up mythology. Piecing together a clear story of its creation and refusing to take the text at face value, we discover not only what didn’t make the cut and is hidden in the archives, but also what’s been hiding in plain sight—which in the case of the wraparound band is the mystery of why an English-language pamphlet written by four English-language authors for an English-language readership should announce itself in words of French. 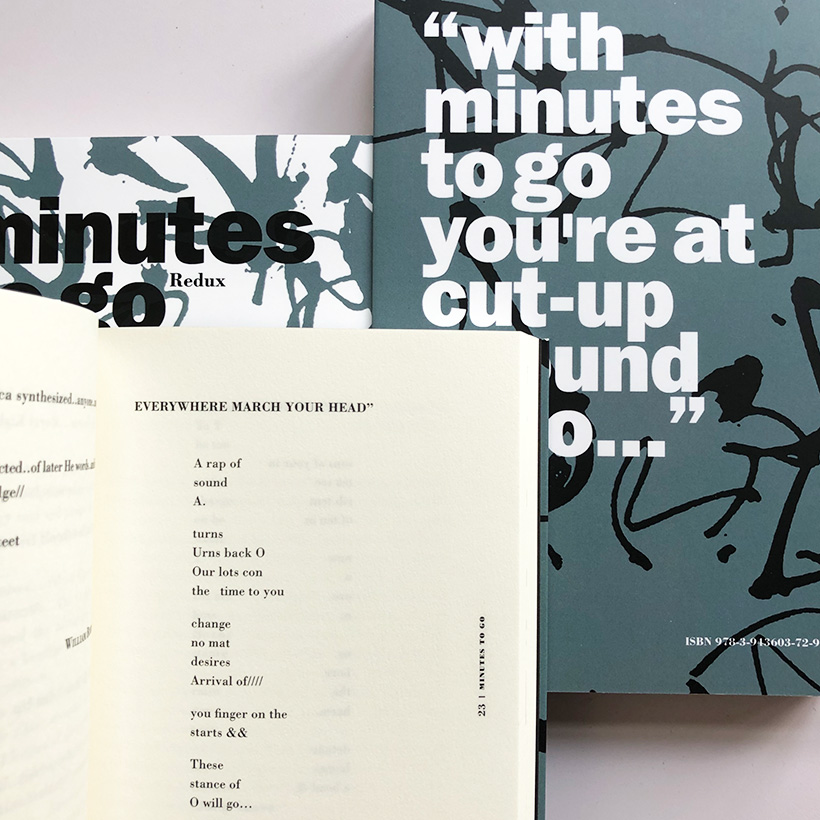 Oliver Harris’ life as a Burroughsian began in 1984 with a PhD at Oxford that nobody would supervise. He has since gone on to publish and edit more than a dozen books about and by Burroughs, including William Burroughs and the Secret of Fascination and new editions of three trilogies: Junkie Queer, The Yage Letters: Restored versions of Nova Express, The Soft Machine and The Ticket that exploded; and in 2020 Minutes to go redux, The Exterminator redux and BATTLE INSTRUCTIONS. He is Professor of American Literature at Keele University and President of the European Beat Studies Network.