Every time I say goodbye to painting the words come back. And every time the words run dry the paint once again runs down my fingers like sweat along the spine. And every time I cry a little. But o how tender the vendor of pearls. How terrific and tough as nails and splendid like the ocean. I turn away from the brushes. Time to kick the letters around. (liner notes by Harry Hoogstraten) 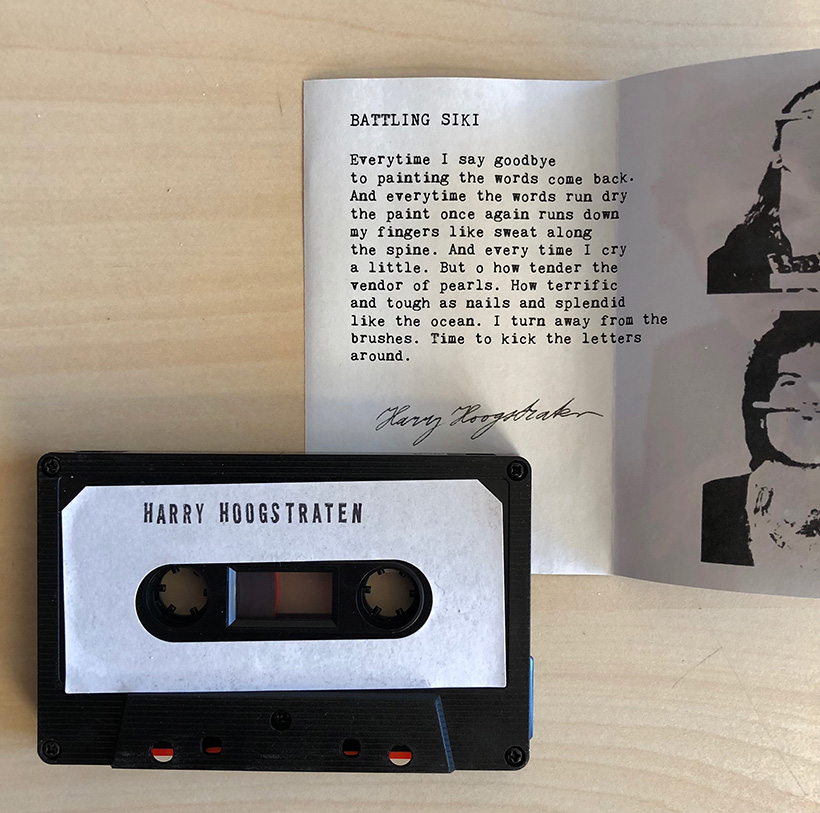